Classes of Fire: An In-Depth Look at Fire Prevention

When learning about fire protection and prevention on the job, it is important to understand the different types of fire that may have the opportunity to occur at any specific work location. The type of fire will determine the fire extinguishing method required.

There are 5 major classifications of fire, known as A, B, C, D and K. Depending on which class of fire ignites will determine how trained personnel act to extinguish the fire because different types of fire extinguishers are designed to fight different classes of fire.

Fire requires three elements which are fuel, heat and oxygen, known as the fire triangle, and in the right combination the resulting chemical reaction can cause a fire. The key to extinguishing a fire is to remove at least one of the elements from the fire.

Ignition sources can include any material, component, equipment or operation that produces a spark, a flame or radiates heat including welding torches, static electricity, grinding tools, catalytic converters and mufflers.

Fuel sources that can start a fire include combustible materials such as wood, paper, trash or clothing, flammable liquids like gasoline, and flammable gases like propane.

Oxygen, the third element required to create fire, comes from the air in the atmosphere.

OSHA Standard 1926.150(a)(1) The employer shall be responsible for the development of a fire protection program to be followed throughout all phases of the construction and demolition work, and he shall provide for the firefighting equipment…

Class A fires involve ordinary combustible materials like cloth, wood, paper, rubber, many plastics and most kinds of trash.

Water is one of the most commonly used extinguishing agents for Class A fires.

Air-Pressurized Water Extinguishers (APW) can be used on a Class A fire. APWs are large silver canisters that are only used on Class A fires.

Carbon Dioxide fire extinguishers are not recommended for Class A fires because the fires may continue to smolder and can re-ignite after the carbon dioxide dissipates.

OSHA Standard 1910.157(d)(1) Portable fire extinguishers shall be provided for employee use and selected and distributed based on the classes of anticipated workplace fires and on the size and degree of hazard which would affect their use.

Do not attempt to extinguish a fire involving flammable gas unless the source of fuel can be located and turned off safely. Extinguishing a flammable gas fire without first shutting off the source may result in an explosion if the unburned gas is released into the air and then exposed to an ignition source. If the only fuel burning is leaking gas, the best method for extinguishing the fire is to shut off the fuel supply.

Never use water to extinguish a flammable liquid or gas fire. Water is extremely ineffective at extinguishing Class B fires and may make the situation worse by spreading the fire.

Fire extinguishers with a K rating may be required in commercial kitchens where large quantities of food are prepared using oil or grease. 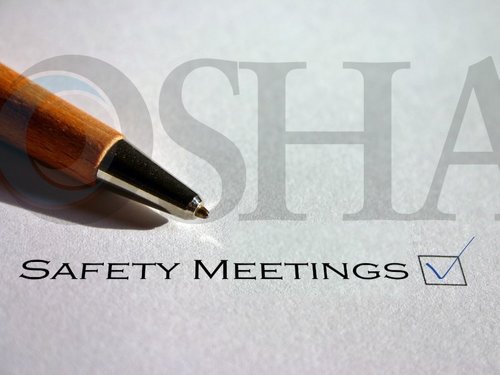 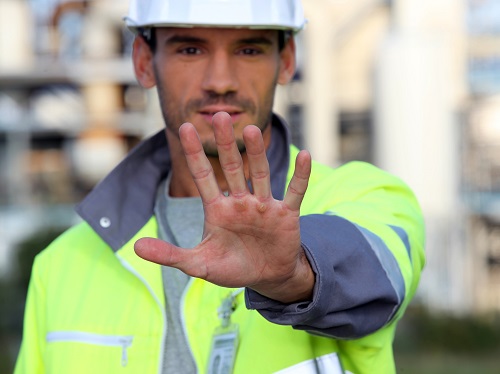 Site Safety
How to Prevent, Predict and Respond to Workplace Violence
Read More
→
As an amazon associate weeklysafety.com earns from qualifying purchases.